Back to Give Page
Water System for Tinago Elementary School

Tinago Elementary School has catered the need for education of the residents of Brgy. Tinago, Palompon, Leyte since the year 1940. At the present, it serves around 85 families of the barangay and now, it has a population of 116 pupils and is manned by 9 faculty members.
Located at the mountainous part of Palompon, Leyte, this community has had problem with their water supply, especially the school. Although the barangay has a water source coming from the hinterland but it is not enough to supply everyone in the barangay. And the mostly affected community, is the school.
The school is composed of eight rooms, and seven out of eight of those rooms are equipped with functioning comfort rooms. But because of the lack of water supply, these comfort rooms have rarely been used.
Before, they were fetching water from a nearby river at the back of the school. But the path to the river and the surrounding of the river itself is crawling with insects and snakes alike, making it dangerous for the pupils.
So, to somehow solve the problem, every morning before the flag ceremony, the kids begin their day armed with one to two small containers to buy water from a nearby house to store for the day. These water will be used for bathrooms, hand washing and watering the plants. One peso equals one gallon of water. In one day, they consumed 10 to 30 gallons of water making their expenses in water alone, roughly 600 pesos per month. And so the teachers and pupils will try to reduce their water usage to make it enough for the day. And if the stored water didn’t make it the day, which usually happens, the bushes and trees surrounding the school became their bathrooms which now pose another danger to pupils.
To prevent the children from wandering off too far during these “bathroom breaks”, the teachers decided to put fences along the boundaries of the school. And if a pupil or two has to go during class sessions, the teacher has to come with her/him just like Ma’am Josefina Sumaya, a grade one teacher, has to do every day.
The barangay actually has a scheduled water disbursement but it usually happens during 12 midnight to 2 in the morning. And because the school is deserted during this time, there is no one to store water to be use for that day. What they need is a tank big enough to hold water that can supply the school’s water consumption for the whole day. This water tank should be equipped with a regulator so that even if there is no one around to check specially during the scheduled water disbursement, it will automatically turn on to store water and off if it's already full.

The main concern of the teachers and parents alike for this problem is the safety and health of the pupils. If these project is realized, everything will be manageable and convenient for everyone involve. The kids can now focus on theirs studies without worrying where to go if they need a bathroom break and the teachers and parents can now rest easy knowing the kids are safe when inside the school. 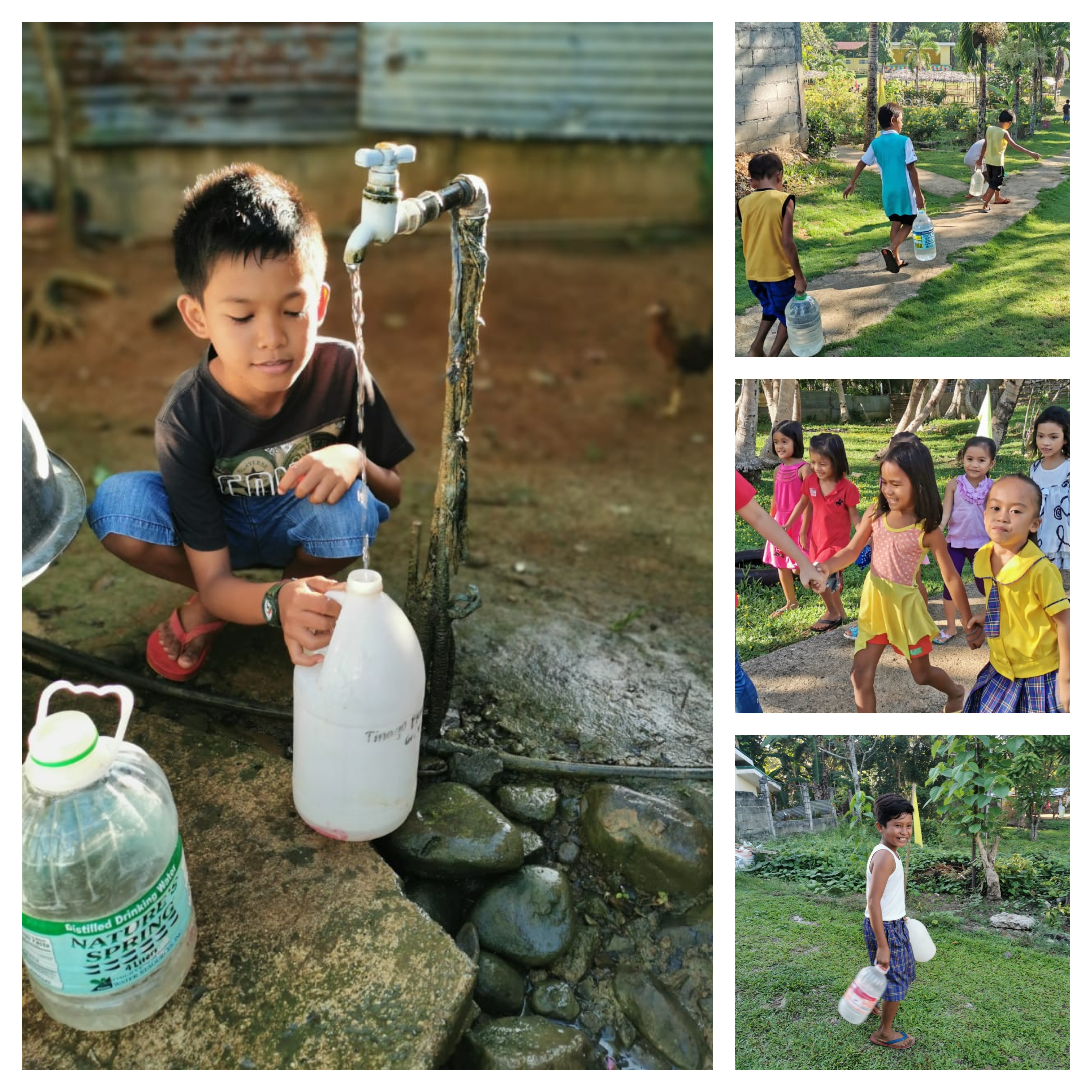